He said this while presenting  a sermon at the Redemption Camp of the Church.

“Don’t doubt God!” he said. “When you doubt God you are already mocking Him.”

Preaching during the September Holy Ghost Service of the church with the theme “Stronger than your enemies 7: Silencing mockers.” he warned that those who love to mock God or things of God end badly.

Mr Adeboye anchored the sermon on the story of Hannah in the Bible, citing many other instances where people mocked God and ended up on the wrong side of time.

They included people who mocked Noah when he was building the Ark and those who mocked Lot before the fire fell.

He recalled that, “in the days of Lot people were eating, drinking, buying, selling, planting and building when Lot went to tell his in-laws that he had heard that destruction is coming but they laughed at him. By the following day when the fire fell, they were not laughing anymore.”

He also cited an example from the days of Moses: “The children of Israel murmured to God that all they had to eat was manna. God said that they were ungrateful so let us give them a bit of judgment. Fiery serpents came among them and many Israelites died. But God said to Moses, make a fiery serpent and set it upon a pole, so that whosoever was bitten and looked upon the serpent on the pole shall live and made whole.

“Do you know that some people still mocked Moses saying we are talking of serpent biting us and you are saying we should look up to a serpent made of brass to be saved? So, as many that did not look up to the brazen serpent died.

He said as Moses lifted up the serpent in the wilderness even so must the Son of man be lifted up. “All you need to just do is to look up to Him and be saved,” he explained.

“Don’t mock the call to Salvation. No one is saying that you should look up to a man but to look up to Jesus Christ – the Author and Finisher of our Faith.

“Don’t believe those that tell you that all will be well with you even when you are committing sin. You cannot say that you are a child of God and live a life of sin. You cannot continue in sin and ask the Grace of God to abound – God forbid.”

On the basis of that, he made an altar call, to which many people responded. He explained that the call for salvation  was necessary for people who were not living right with God to qualify for His blessing. 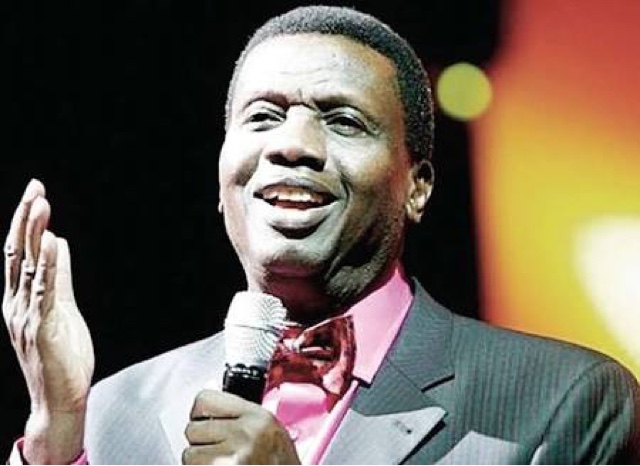