Connect with us
CELEBRATION OF A MAN WITH A MANDATE- PASTOR CHRIS OYAKHILOME PhD
*A timely Voyage at the Offer 7 Banquet Party.
Succeeding the President over-night celebration with the BLW Nigeria HQ staff members late Sunday evening, we were just aboard The Epouranic, for a royal banquet in the celebration o the birthday of the President of the BLA Nation, Pastor Chris Oyakhilome PhD.
Setting its sail from the shores of the Loveworld Convocation Arena on an audacious voyage, under the command of its captain, Pastor TT Edun, The Epouranic (translating ‘the Heavenly realms’) hosted several Presidential guests and senior Pastors in the BLW Nation. Ushered in by members of the CEC, and a royal Orchestra of an ever harmonious music band, the President made a majestic entrance unto the main deck of the ship for a cruise like never before. The heavenly ship docked at several nations including Tonga, United Kingdom, South Africa, India, Canada, Brazil; with spirit-filled ministrations in songs and dances from all across the world and video highlights of the exploits of the man of God, Pastor Chris, projected on the ship’s King -size Panoramic screen.
The banquet reached its climax with the President’s vote of thanks, emphasising the expressed singleness of a global vision in the harts of all in the BLW Nation, before  pouring out words of blessings upon the guests at the night’s event. The night’s celebration a man with a mandate -Pastor Chris Oyakhilome PhD- was doubtlessly a prestigious one full of pure glamour, fun and undiluted merriment all the way. Overwhelming joy encapsulated the enthralled guests at the Royal Banquet, before the heavenly ship finally dropped its anchor at the Lagos dock. Thank you for cruising with us. 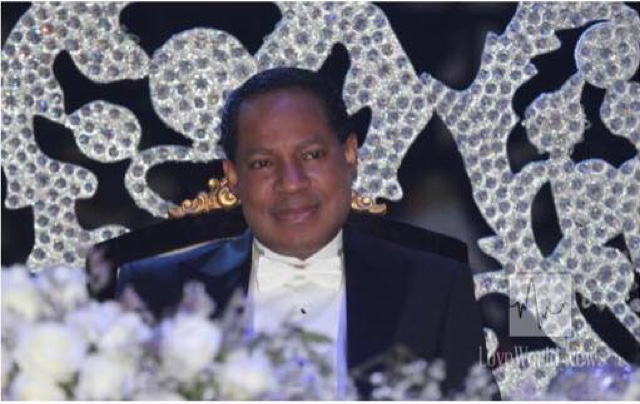 THE WORLD STOOD STILL FOR THE EXPERIENCE 13