Anointed worship leader,singer and song writer,Minister Nathaniel Bassey as he is called by some and likened to the holy spirit by others because of his gentle nature,attitude and character has over time had his reservations about the gospel music industry and the activities therein. In this piece about Money,Music and the Ministry,here is what he has to say:

Please before you comment, criticize or suggest, make sure you read this to the end. I hope to make this very balanced and objective. Touching both ends of the spectrum. However, what I WILL NOT tolerate is insults, and name calling. That is not the idea of this article. 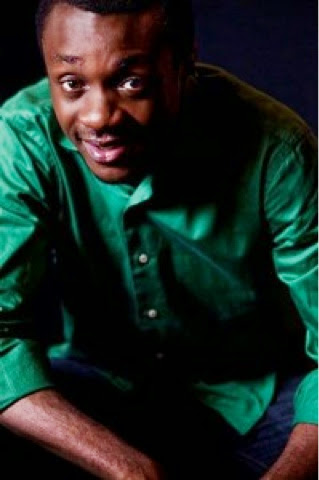 I won’t be too formal in my writing. My aim is to make this as clear and real as possible. As though I was speaking. So, please forgive my writing style.

This is a very a touchy and tense area of discuss. Money is very important in ministry. Make no mistake about it. Anyone that says it’s not, is only a pretender and not speaking the truth. We need it to make the albums, to feed, have shelter, pay fees, care for our children, our lives and others. As well as having some other pleasures of life. So don’t be sorry about the need for money. It is very important.

However, what is worrisome, and something that has taken a dangerous trend is the degree to which WE music ministers have allowed money drive us. Now, I won’t even begin the argument of whether to charge or not. I believe everyone has got their own revelation and understanding, and we have no right to judge those who charge, and even those who do not.

My issue this morning is the amount and conditions we demand before ministering. You know the truth? MINISTRY IS STIILL MINISTRY o! IT IS NOT BUSINESS ! A business is a venture set up solely for making profit and for financial gains and interest.

But if you have to charge, make it moderate, and remember that that church or ministry is also your co-labourer in the vineyard. By the time we begin to demand some millions of naira to minister to God and his people, and insist on getting them before we do, what do we say, indirectly, to JESUS? Can we pay for his blood? The air? Salvation? Love? Protection? Even the gift we have and now charging outrageous fees for? I mean, a local church invites you, a small assembly, they don’t deal in oil and gas, or import and export, and we make some ludicrous demands. Haba! Money is not everything o.

And please note, I’m not saying this because I have it all together, indeed I’m a work in progress. And also have lots of financial needs. Infact, I have been POORLY treated a number of times, and still treated so sometimes. But I understand that some ministries lack the culture of honour, and in some cases sincerely do not have to give, or have no understanding. But this is ALSO what ministry is about. Sacrifice. I don’t want to look like a success here on earth, and then appear someday before Jesus, and hear him say, “depart from me, you “business man” and hustler”

On the other side of the coin, Paul the Apostle emphasizes the need for ministers of the gospel to be taken care of. Please read 1 Corinthians 9. We mustn’t muzzle the ox that threads the corn. When someone comes in and ministers to you, it is good, sound and scriptural practice to bless them according to your capacity and ability as a ministry. In fact, I know that a number of music ministers have reacted and acted based on the treatment meted on them by some ministries. I have encountered them too.

Some ministries just lack, I MEAN LACK, a culture of honor. They would spend huge sums on other projects and activities, but when it comes to honoring a music minister, especially those who have not made demands, they part with some stipend that can barely transport the team back.

This is what I do, when I accept an invitation to minister, and I sense genuine love, care and honour from my hosts, even if they don’t have enough to give, we accept whatever we are given with so much joy, because you can see their heart. And would do more if they had more. So when next I’m invited, I GO because I’ve come to understand that money isn’t everything. Relationship is more important. And in fact, I’ve had people do things for me that money cannot pay for.

But if I go somewhere, and sense that we have been deliberately dishonored and exploited due to our simplicity, I NEVER return there again. Except of course GOD says so.

We’ve also been to places where we were given very good offerings, but the people were just mean and unfriendly, perhaps feeling they have done us a favour or “PAID” us some huge sum. And never returned again

You see, Jesus did not try to make his people receive him o. They didn’t honour and believe Him; the man left and did his miracles elsewhere. The bible says he did LITTLE miracles in his own home town. When I smell a people of dishonour, and by this I don’t necessarily mean MONEY. In some cases I’ve been to some ministries and fellowship, and after so much love shown to us, we handed them back their offering, as seed from us. But when I perceive a people of dishonour, I don’t go near them.

I tell my people in church, NO BODY SHOULD COME MINISTER TO US, AND LEAVE WITHOUT BEING BLESSED, financially or at the very least with a gift. Even if the person ministering is a billionaire in dollars, and may not need our money. Remember, it is not the money, but the principle and culture of honour. It is almost like a crime not to honour people where I worship.

A number of times, my colleagues try to justify this by comparing themselves with their secular Artistes, or foreign music counterparts. As well as by some points I’ve mentioned above. I always ask them, ARE YOU A SECULAR MUSICIAN? ARE YOU IN THEIR KINGDOM? And when they use the foreign music ministers, I ask them, DID SO AND SO SAVE YOU? DID THEY DIE FOR YOU? So why pattern your life according to them. I also ask the question, “what has God said to you about this matter?”

God gave me clear instructions about my ministry. And this guides me. It’s important that we all have same.

So I appeal to the music ministers, please be moderate in your demands. Find a holy and scriptural balance. And to the ministries, imbibe a genuine culture of honor. We are not saying worship them. This is quite simple. There are some ministries I don’t even joke with. When I get a call from them, I immediately look forward to going, except God says otherwise. Because they honour us. In fact a particular ministry here in Lagos, honor us so much, whenever any of their branches call, they almost get automatic ticket, but still subject to a leading.

Don’t expect music ministers to return to a place where they were deliberately disrespected and dishonored.

And finally, to music ministers, I have discovered that my dreams are too big for only church honorariums and cd sales to cater for. God has blessed me more from people and places I didn’t even expect. And I believe He will do same and much more for you, in Jesus’ name. Amen.

Related Topics:gospellifeMINISTRYMONEYMUSICNathaniel Bassey
Up Next