The General Overseer of the Latter Rain Assembly, Pastor Tunde Bakare ,has made it known that he would be the next president of Nigeria .

The preacher also provided reasons to prove that President Muhammadu Buhari has not met the expectations of many that voted him into office in 2015.He said he would not be contesting for presidency as that would result in him contesting  with his friend ,Buhari.
He however revealed that he will be the 16th president of the country saying “Buhari is the 15th president ,I will be the 16th “.
Speaking on his presidential ambition ,the cleric added “I have no presidential ambition ;I have a presidential vision because I am not driven by a,bit ion ,I am driven by destiny .
Pastor Bakare ,who was once Buhari’s running mate ,still maintains a cordial relationship with the presidency . 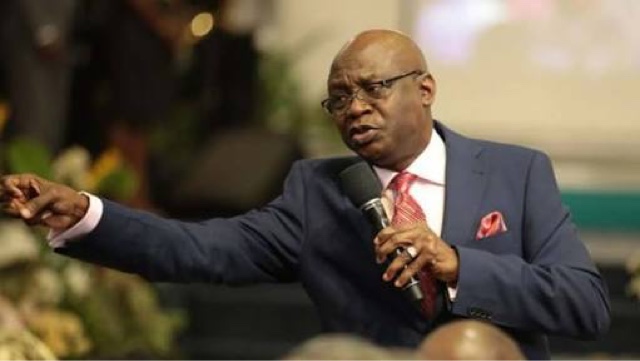 I HAD ONLY $100 HOME AND ABROAD -Minister Kenn