Connect with us
FAITH TABERNACLE : 19 Years On: A Prophecy Declared, Confirmed and Fulfilled.
Leke Beecroft
If God ever permits the writing of the Acts of the Apostles 2, there is one story that in my opinion will make the cut. What makes Faith Tabernacle tick? It definitely is not the cost. At the time it was built in 1998/1999, the Eagle Square in Abuja , Nigeria was built at double the price for the presidential inauguration of Chief Matthew Olusegun Obasanjo. Besides at N900 million Naira, it was nowhere near the cost of Solomon’s Temple. So was it the beauty? Well it was beautiful but Nigeria is a land of beautiful churches and Faith Tabernacle Ota is not the most beautiful. I could go on and on but one thing I can say is that it is a place prophesied. Without much ado, let’s go back in time:
April 10, 1982: As the young men and women gathered for one of the ‘Power House’ sessions, the word came forth “At the base of this ministry, a tent is going to be built to contain 50,000 people”.
At that time, Reinhard Bonnke was still struggling with the idea of a 34,000 capacity tent which he had newly paid for and would take 5 years to be manufactured. The tent collapsed shortly after it was delivered. Idahosa was still holding services in a 2,500 capacity auditorium. 50,000 was simply a pipe dream.
They soon forgot about the lofty tent that had been prophesied as they soon began to struggle with running a basic ministry.
On December 12 1995 however as Benson Idahosa was dedicating the 3000 capacity auditorium in Raji Oba, Iyana Ipaja, Lagos which had just been completed, another word came “I will yet locate my Church to another Rehoboth, her place of enlargement”.
By 1997, Bishop Oyedepo was stunned as they kept leading him to a Bush in the name of land for Church. He only concluded it was stupidity as it was against all the known principles of Church growth until he heard the word “This is the place”.
In September 1998, he declared that the 50,000 auditorium would be finished within one year. I remember he added, “if it is not finished, I am not sent by God”. I was scared for him that day.
By September 18, 1998, the measurements were taken with ropes round the area marked out earlier as ‘Shiloh’.
In July 1999 with trepidation in the hearts of worshippers, on his return from Kano, he declared “it took God 7 days to create the Heaven and Earth, 2 months is too much for a mere building. 2 Months, Too Much.” The whole Church was charged up.
By September 18, 1999, the last panels were being fixed as Faith Tabernacle, Ota, Africa was dedicated to the glory of God.
A few days later, it was again declared: The Tabernacle has been built, the Tabernacle MUST be filled”.
Today, over 400,000 worshippers ride over 40km every Sunday to attend 5 services in Faith Tabernacle.
To God be All the Glory! 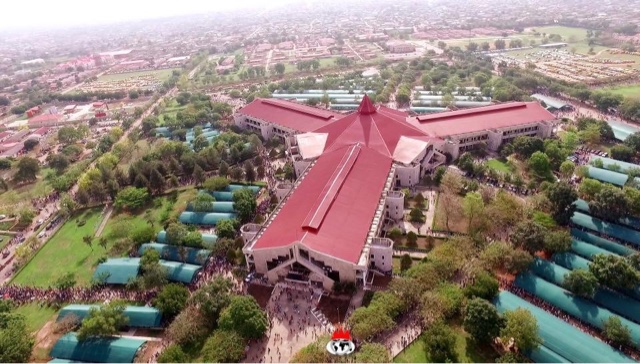 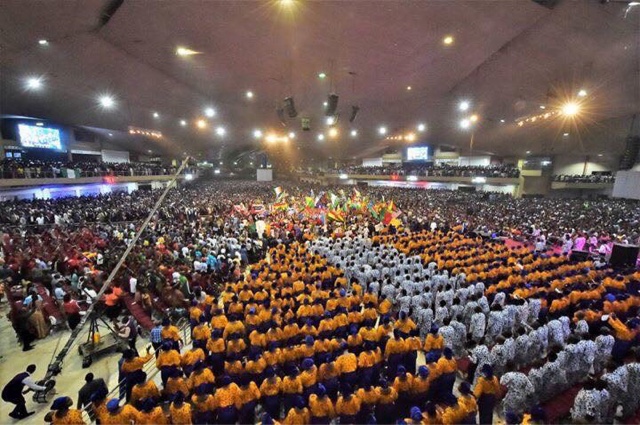 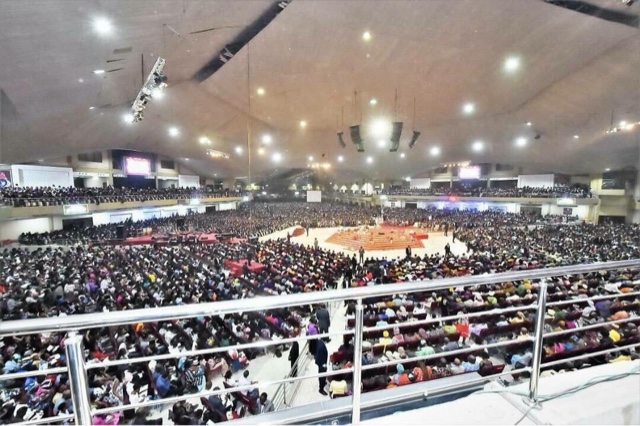