AFRICA GOSPEL MUSIC & MEDIA AWARD ” AGMMA 2018 was held last weekend at the
East London Arts and Music Centre (ELAM), London.. Awards were given out to Nigerian
gospel acts like :
Sammie Okposo.. His song ‘ A marvellous thing ‘ bagged the song of the year award.Nikki Laoye was given the community award of excellence in recognition of her humanitarian
services via her foundation @Angel4lifefoundation (as an advocate for the Nigerian migrant
returnees from Libya)…Bolaji Olanrewaju also known as Big Bolaji…He was given the award of the Trailblazer & Promotion of Gospel Music award and also, the Levites Award… He was fully represented by his elder brother ” Muyiwa Olanrewaju. Onos Ariyo won the female artist of excellence award 2018. 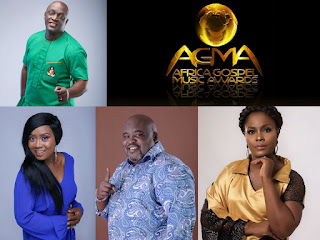