28-year-old woman, Immaculate Okonkwo, has been arraigned before the Ogba Magistrates’ Court for allegedly impersonating the Senior Pastor of Christ Livingspring Apostolic Ministry (CLAM) and defrauding a church members .

It was gathered that some Internet fraud syndicates had created false social media accounts for the Senior Pastor, Wole Oladiyun.

It was learnt that the syndicates had used the accounts to defraud some church members, obtaining money from them and using different bank account numbers.

A petition written by the Chief Security Officer of CLAM, Abel Falasinu, and subsequent investigation was said to have led to the arrest of Okonkwo.

In his statement to the police, Falasinu said the activity of the impostors had been going on since 2016, adding that a lot of their members had been victims of their fraudulent activities.

He said, “Sometime in 2016, Pastor Wole Oladiyun drew my attention to some people impersonating him on the Internet. These people used his name and photographs to deceive unsuspecting members of the public and to collect money.

“There are many others that other fraudsters have defrauded and we demand that the police investigate thoroughly and carry out the arrest of other suspects.”

The victim, Ojo, said the fraudster had sent her a friend request on the Facebook and had sent her prayer messages until she was asked to sow a seed into an orphanage home with an account number to pay into.

The suspect, however, said she had sent her bank account number to her cousin who lived in Abuja, adding that she was not aware that he was using it for fraudulent activities.

She said, “Sometime in 2017, I sent my account number to my cousin who is presently staying in Abuja. He asked me to send the account number so he could assist me financially with my father’s burial. Afterwards, he called me that someone would pay some money into my account and I should withdraw the money and transfer it to him. Ever since then, different people have been sending money to my account and I would transfer it to his account.

“Whenever I send the money and I ask him why he didn’t use his own account, he would tell me that he had a problem with his bank. I never knew that my account number was being used for fraud. On October 2, 2018, I went to my bank to withdraw and I was asked to wait. Later, I was arrested and taken to the police station.”

Okonkwo was arraigned on two counts bordering on obtaining under false pretences and stealing.

The charges read, “That you, Immaculate Okonkwo, and one other now at large, on September 14, 2018, at about 12.10pm, at Plot 1-6 Clam Avenue, Omole, in Ikeja Magisterial District, did by false pretences, with intent to defraud, obtained from one Foluke Ojo.

“That you, Immaculate Okonkwo, on the same date, time and place in the aforementioned magisterial district, did steal the sum of N25,000 belonging to one Folake Ojo.”

The defendant pleaded not guilty to the charges.

The presiding magistrate, W.A. Salami, granted the defendant bail in the sum of N20,000 with two sureties in like sum. 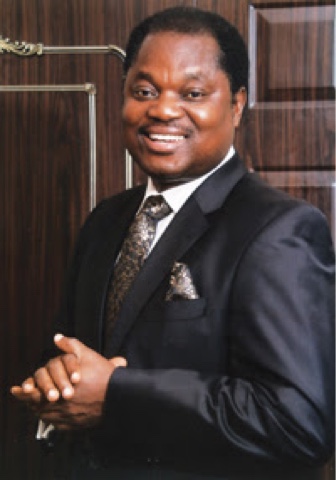